As many of my friends have already noticed in the past months (more than a year actually), I grew some kind of love/hate relationship with social networks, because of various reasons. These include:

Despite what I’ve said up to now, I obviously still have a need to maintain my presence on the web in order to use it for sharing, not necessarily socially.

“I want a space”, is what I’ve been thinking for years now,.

I tried managing a web space since when I first got a large bandwidth connection.
I’ve had many spaces (blogs, forums, etc.), but most of them didn’t feel mine, be it for the crappy pre-built interfaces or the fact that I didn’t populate them with my content.

In the last couple of years I rewrote a basic CSS theme and made a few static pages to hold my own website with my content. Even if I was kind of happy about it, managing HTML directly felt like too much of a drag to ensure regular and constant updates.
Fixing the style everytime I needed something different was also kind of annyoing.
So I thought about switching to a blog platform, or making my own.
Making my own blog platform would’ve been one hell of a time consuming activity.
Using a premade platform wouldn’t feel like having my own (I crave customization, ugh).

Then I found Jekyll…

Wow okay, this sounds like a commercial. Let’s not do it that way.

Jekyll is a nice platform that allows blogging with Markdown BUT IT SEEMS TO WANT ME DEAD.
This motherfucker piece of software currently runs on Ruby v.2.2.5 or higher.
Guess what my fucking distro had to offer me.
Ruby 2.1.whateverthefuckthatis. Straight from 2014.
If you know what I’m saying you may have already guessed that it’s Debian based. Ofc.
Long story short, I’ve spent countless hours trying to update my packages to Stretch, failing miserably. I said “oh, well, fuck it, I’m going with Ubuntu”, and so I installed Ubuntu Desktop. Then Ubuntu Server, for… some reason?
Eventually I realized that I disliked all of it and rolled back to Bunsenlabs trying to figure out an alternative.
Finding this dude felt really good. I just wish I’d found this before.
Anyway, rvm solved my problems and I got Ruby 2.5.5 going, so today I could finally edit a bit the basic theme and make my own blog.
Ta-daaah! Yes, it’s crappy. Thanks for reading through this.

EDIT (25/11/18): As of now, support for a later Ruby version came on and I’m very glad I could avoid many of these issues when re-installing Jekyll. Also, in retrospect, how dumb was it that I wouldn’t update a single package, but try to substitute the entire OS?

Basically I’m gradually going to migrate what is currently on my other static website.

It will take a lot because:

This whole thing does not have a really interactive structure, so if any of you want to talk, I have an email address, duh!!

I’d like to write mostly useful stuff for people but you may expect some occasional personal blogging.
I’m willing to take responsibility and share stuff that does not kill me on the long term as it usually happens.

For my friends (and even strangers!!) to come here and have a good read and get inspired, or to have a laugh when reading a bad joke, or just to figure out what the fuck is up with my life right now would be the best. 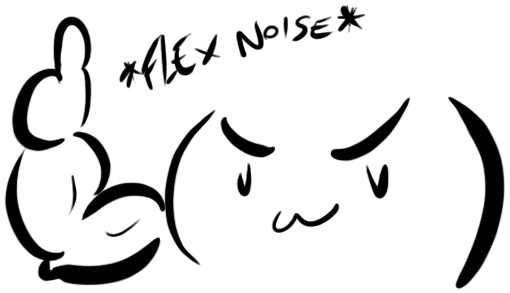