As I write this post, I try to sit correctly on my chair. I fail.
My neck hurts. My back hurts. The 5 hours of dancing last night are backfiring.
And it feels darn good.

The first edition of the italian MICROCON (short for Micromusic convention) was held on 17/02/18, in Capannori, Tuscany, near the city of Lucca.
Here you can see the amazing flyer, made by the even more amazing Turbogamma: 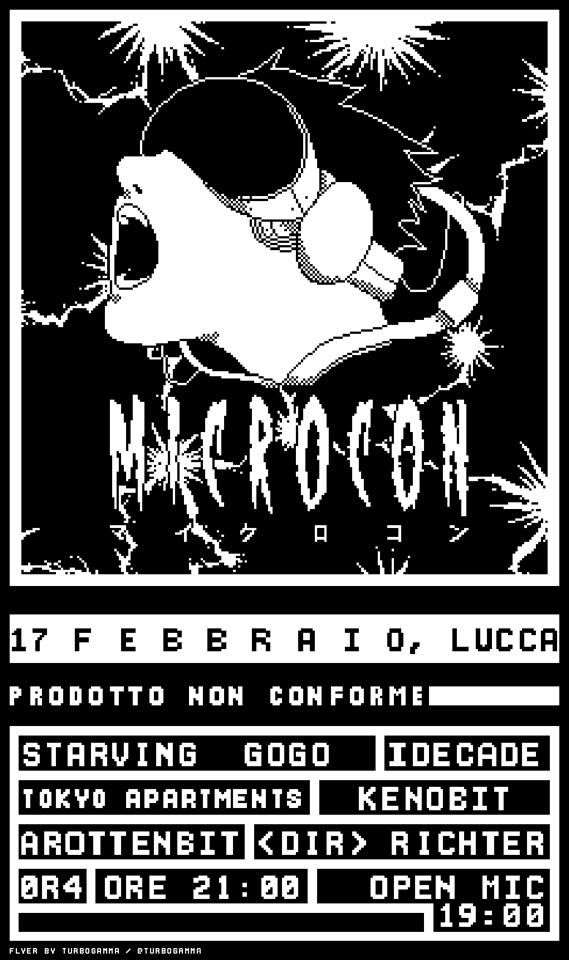 I partecipated playing a short (~30 min) set during the open mic session.
I also provided for the visuals using a setup consisting in the combination of a PockethCHIP with the PICO-8 software, provided with some simple cart programs that I made, and a NES using glitchNES.
Sadly, the result wasn’t spectacular because I didn’t have much time to prepare a detailed set for every artist, and because I still have to master the art of playing with both PICO-8 and glitchNES.

Speaking of which, during the morning of 17/02, a few hours before departing for the convention, my circuit-bent NES died. Or rather, went blind, to speak figuratively.
I’m afraid I fried the video output pin because while I was fixing some patch points that were giving me problems, I didn’t notice I still had the power supply attached.
The result was inevitably some short circuit while desoldering, which eventually burned the video out. The NES now turns on, but doesn’t provide any video output, making it unusable.
It made me really sad considering the amount of time and dedication I’ve put on it through this last year.
I’ve put a sticker with a D-pad reversed cross on it, hoping it may rest in peace… 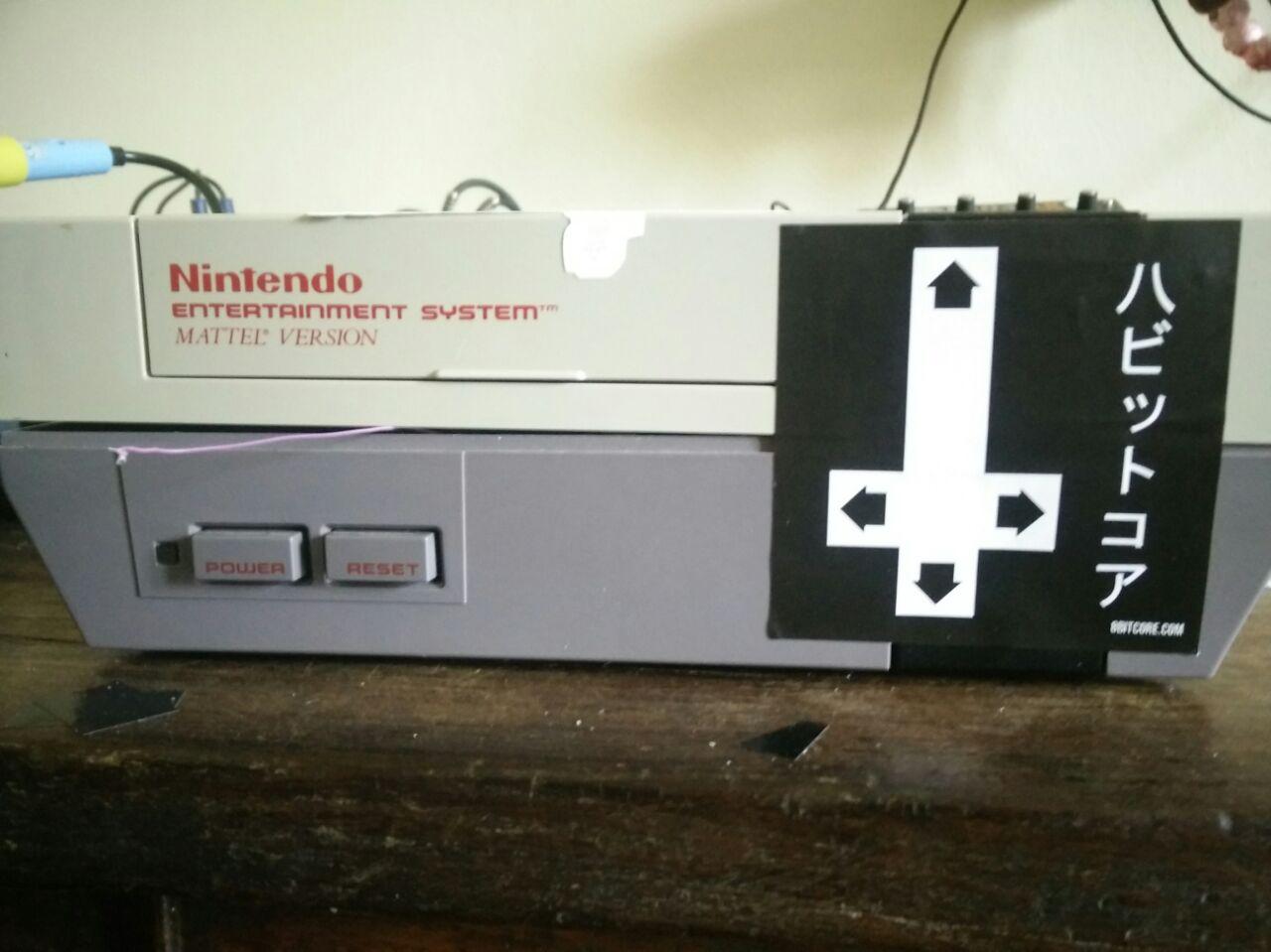 On a more positive note, luckily I had another NES, though it still is untouched.
As I’ve already planned, I will actually circuit bend this one as well, but very differently from the last one.
My dead NES taught me a lot of things about circuit bending:

I will therefore probably make an external box to contain all the possible controls I’d ever want: resistances, switches, a photodiode resistor, a reprogrammable, small microcontroller, some relay modules etc.
I will then connect the patch points through a parallel port, less invasive on the NES than the previous “60x 3.5mm jack sockets” mod, also using only 32 accurately chosen pins.

Obviously it doesn’t. Not only my NES had to die earlier that day. As soon as I arrived I realized I had forgotten my NES power supply. Yikes. Worst luck ever.
But let me tell you about someone, right now, before everything is over.
Someone whose knowledge, wit, and wisdom surpass that of many.
Someone who bends many consoles to his pro-sound domain in the most remote regions of the world.
Those regions become part of the empire he built. I’ve been with him in some of those regions, and that day I even had the pleasure to be escorted by his army.
His name is 0r4. And such an amazing hero was my saviour.
We digged into the electronics and soldering stuff he carried with himself that day.
We found a generic purpose power supply and tried to figure out the correct connector for the NES socket. We found it. But it didn’t fit in the power supply. It was of another supply we couldn’t find.
I was starting to get desperate. But then 0r4 went like, hey, know what we could do?
And I knew. But it was impossible. Beyond the limits of what human nature can sustain. Little did I know he does not care about human nature or its limits. For he does what he thinks is right, and nothing this low can stop him.
He is the one who ascended.
And so he forged the ultimate adapter. 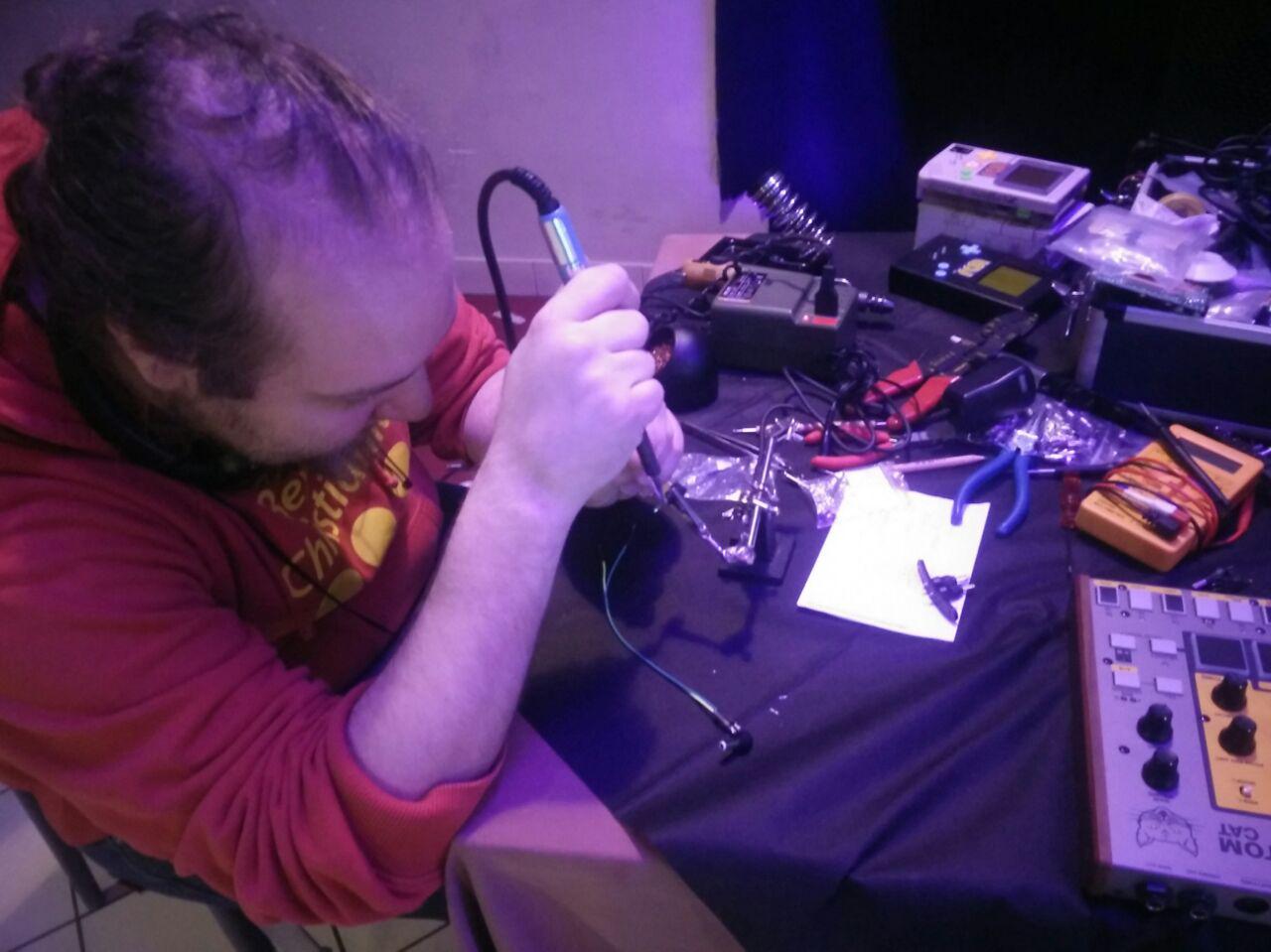 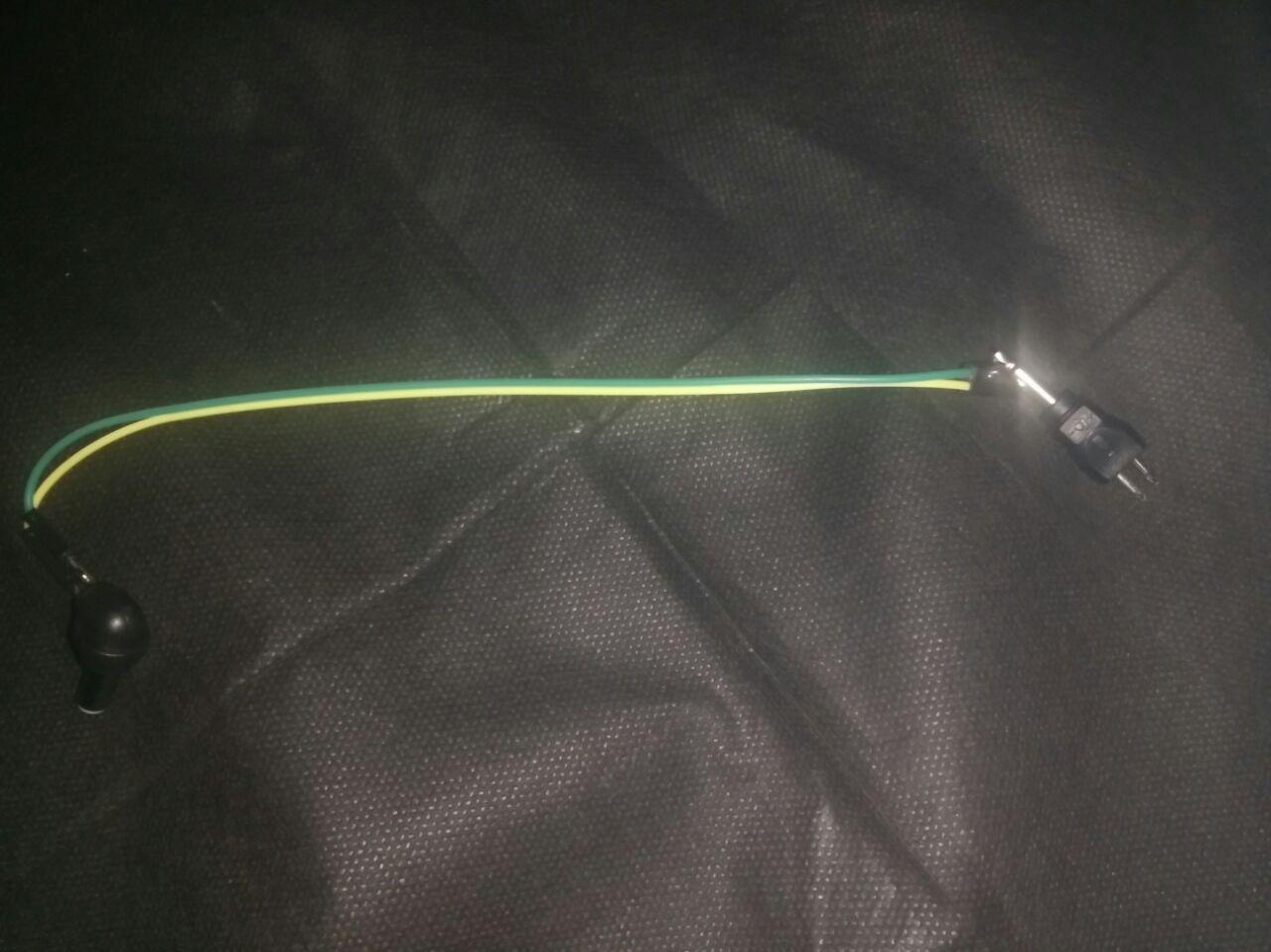 Yeah, right, Microcon. What happened?
AMAZING STUFF HAPPENED.
Along with all the others, I met IanO, TRNT and the Tokyo Apartments, all of which I never met before.
IanO had such a special energy! The Tokyo Apartments were super friendly and played a really cool set!! And I’m sure I could see the same excitement I had for the whole event in TRNT’s eyes as well!
I’ve also heard Overcesium performing live for the first time, with Houston tracker, baby.
He made some incredible dance chords with that calculator. Like what the fuck.
I performed for the first time along with some of the older members of the italian scene: arottenbit and Kenobit. Now, this is gonna sound fanboyish or something but it really is a moment I will never forget.
These are people that I deeply respected and admired since when I discovered the scene, back in my first years of high school. It feels incredible. Words can’t describe what it means to me to have grown to what I am right now.
I would have never imagined anything like this, not even when I moved to northern Italy, getting this close to the scene.
Now I can feel it, that I’m an active part of it.
That I can give my contribution to build something good.

Bisso / DIR RICHTER and the Tokyo Apartments (which, by the way, organized this amazing event!) are currently reviewing the footage shot during the event, even though some of it is already available.
I’m also in it! It’s pretty embarassing tbh.
I have some video material myself, actually, though it’s mostly crap because I used a cheap action camera which clipped all the audio and managed to record just one hour of the open mic (not even my whole set!).


(short footage of me playing at 3:27).
By the end of this video we all look devastated. Please, understand. We have been dancing for 5 hours straight. Let's see how you endure that. 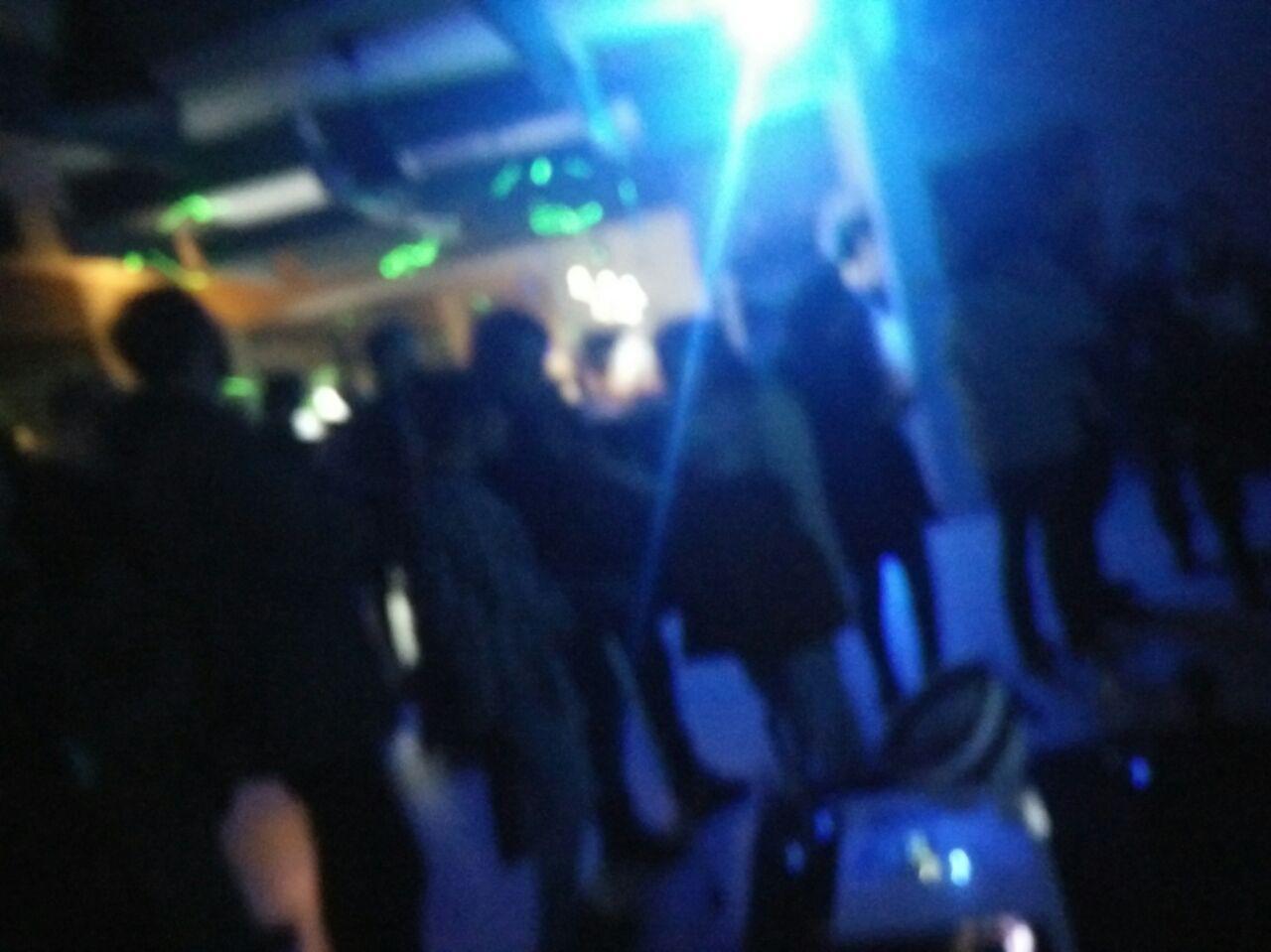 Out of all the times I’ve played live, this was one of the most satisfying.
I believe it has to be both because there were a lot of people who came, listened to the music, danced and overall enjoyed everything, and also because I felt strongly involved and part of the whole thing.

I slept at one of the Tokyo Apartments’s place (no, it wasn’t an apartment in Tokyo, har har) on a cot, but given my experience with sleeping in inhuman positions, I just HAD to live a different experience.

While I was shooting a video, one of the cot supports fell down and got bent. I slept with the cot bent like that for all the night. Fun times.


The morning after we went to have breakfast together and then departed back home.
I miss every single member of my microfamily. But as always, everytime the promise is that we will manage to see each other a little more often!

If you liked this, you may want to check these out:
Micromusic Italy
8-b.it