It’s been a while. No, nevermind, it’s been almost 7 months. Fuck that. It’s been too much.

What I’ve been up to for all this time? I mostly spent time going to lectures, studying for exams (5 more to go!) but also bonding with friends. I fell somehow in a blank-page syndrome with nothing in my mind to start with to make new music, until my girlfriend told me she never had a Game Boy Advance. Like, ever.

If you know me even just a little you should also know my passion for old consoles, and that love holds up even in the 32-bit era. Game Boy Advances are the Game Boys I started with and I cherish them a lot. They were colorful, had some awesome games and were overall an almost must-have in my generation.

Then an idea came to my mind, what if I gave her a Game Boy now, in 2019? For her birthday, maybe. But that wasn’t enough, it had to be special.

This is the story of how I ended up becoming an (almost) GBA homebrew developer to make a birthday surprise for my girlfriend.

Ok, first of all this sounds huge but most of it comes from digging, internet researches, help from a friend and mostly boredom.

For a long time I wanted to make some sort of cartridge release for my Game Boy music but my inability to program assembly and the seemingly restricted memory were a huge obstacle to me.

However, I’ve realized that on Game Boy Advance the things were much more flexible: humanly comprehensible C libraries existed and memory wasn’t too much of an issue. Heck, even several .MOD players do exist! This gave me the idea to create a .MOD album release. To this day I still haven’t done that, though it’s clearly within my capabilities.

I started studying coranac’s tonc, a guide on the programming of the GBA using libtonc. Translating to libgba was fairly easy.

I used MaxMod as the sound player and I figured out how to set up a basic scene with a tileset and a few sprites, and obviously music.

I commissioned the graphics to a talented pixel artist friend of mine and he did an amazing job. I kept coding the ROM and creating the song for almost two months while also studying for the exams etc.

Finally, a couple of weeks before her birthday the work was completed. I’ll leave here the song for you to listen, with the cover art being the amazing little scene in the ROM:

Here, the Game Boy and the cartridge: 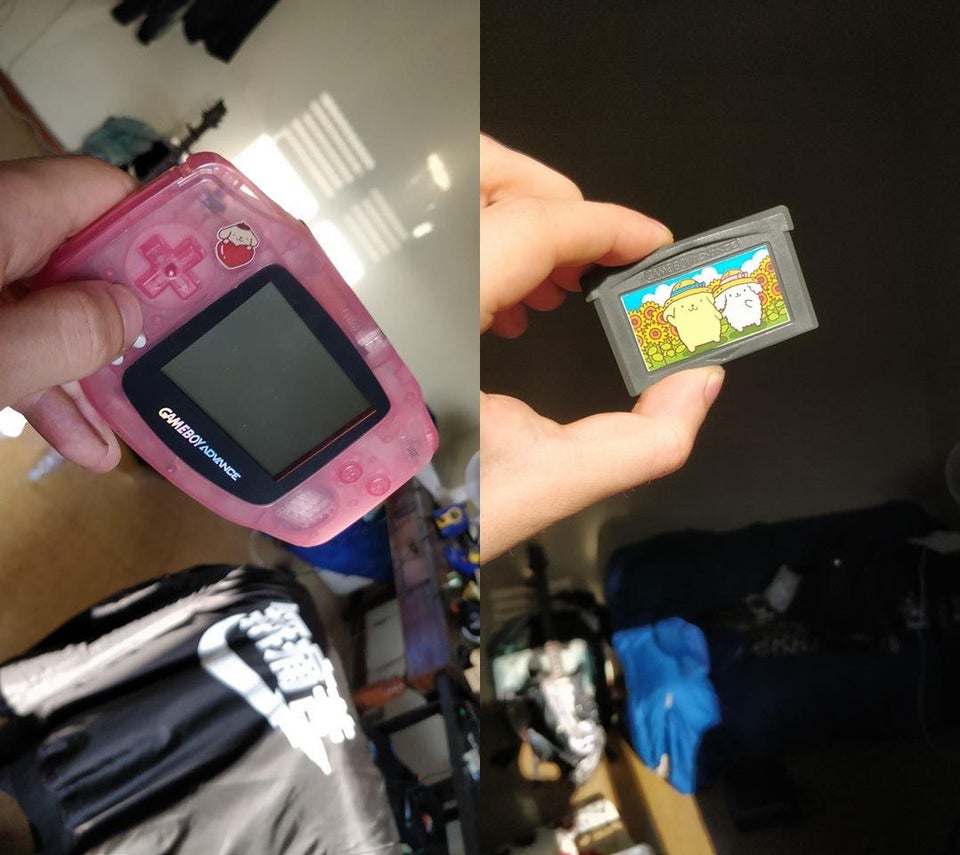 But the story does not end here.

I soon realized how wrongly copied tileset data inside the cartridge created glitchy graphics which reminded me of glitchNES. Therefore I figured out it would’ve been cool to make a different version of the glitchNES software onto the Game Boy Advance, which supports a bit more colors (similarly to the SNES, in tileset mode) and way more memory.

And thus, glitchGBA was born. I completed it with a compiler script which automatically imports pictures so that everything comes in handy.

GlitchGBA can be used to create some crazy effects to be projected during live concerts. Sadly, there are almost no viable ways other than emulation to get to output on a screen or projector, but emulation is very viable nowadays.

My suggestion is to use it with a RS-97 or similar OpenDingux/RetroFW devices which often have a TV output with NTSC/PAL via composite cable, or even HDMI.

Some demo screenshots are here: 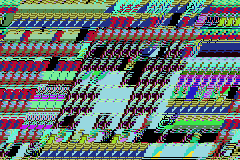 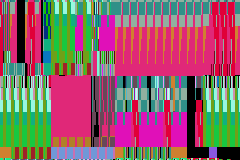 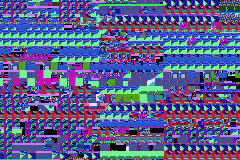 Now, it sounds very very weird to say but as of 2019 I became a GBA developer. Who would’ve thought. To me, it’s a great accomplishment, and I hope really hope I brought joy to someone with my work.